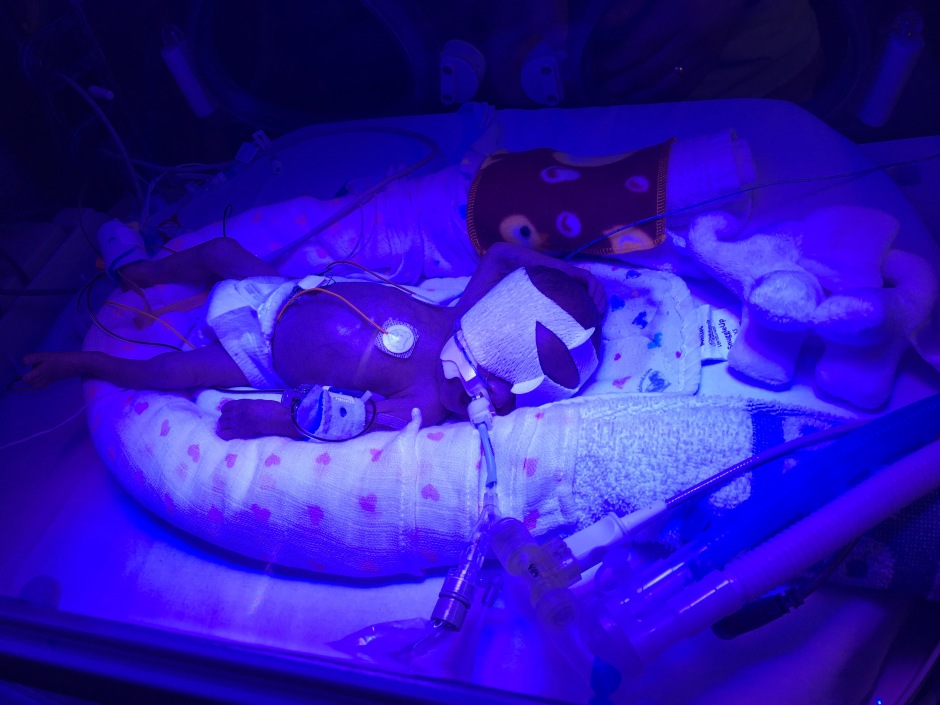 On the 16th July, Charlotte’s tummy became distended and she developed bilious aspirates (a symptom of bowel obstruction) the following day. It was upsetting seeing her tummy so swollen and shiny. My maternal instinct kicked in yet I was denied acting upon it. I just wanted to pick my baby up, give her a kiss and cradle her but she was too poorly to come out of the incubator and needed rest. The consultants informed the nurses she was to be ‘nil by mouth’ which meant my milk feeds were to stop. An example of taking one step back. We were told she would need her blood taken to check for infection and she was to be reviewed by surgeons to see if she had caught NEC (necrotizing enterocolitis). This is a devastating disease which can destroy the intestine, as the wall of the intestine is invaded by bacteria which cause local infection and inflammation. I thought the surgeons would come immediately but hours passed before they arrived. Time stood still again. I expected to have the results that day but this didn’t happen either. I began to learn the nature of the neonatal ward, that everything takes time. Life had become another painful waiting game. On the 18th July, Charlotte was put on triple antibiotics for medical management of NEC. I prayed she would pull through, it was all I could do. By the end of the course of antibiotics, Charlotte’s tummy had settled and she was started back on her feeds. 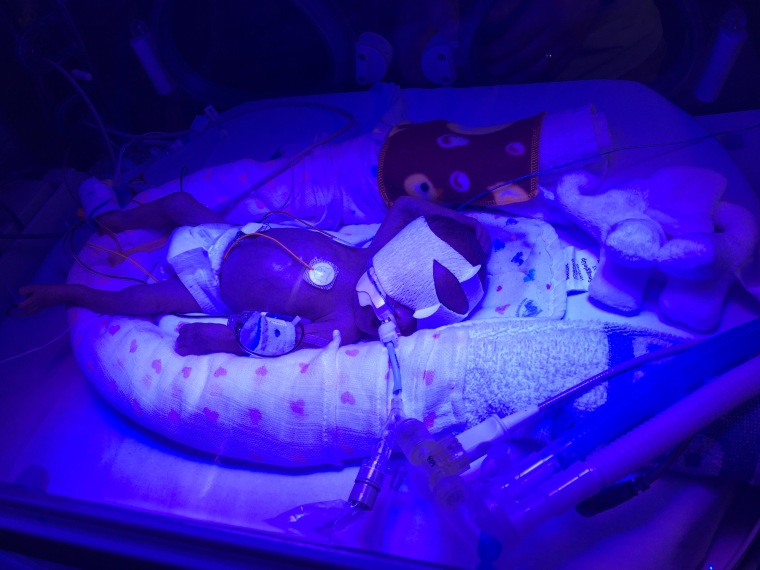 On the 20th July, the consultant invited us into the Family Room to discuss how our girls were doing. It was the same consultant we met on the night of the girls’ delivery. We trusted her. At this point we didn’t realise you were only called into the Family Room if there was bad news to share. We happily went in and thought it was just a general review of the girl’s development.

We sat down on the sofa and the consultant sat in a chair next to us, putting two big folders on the table. I couldn’t believe how many notes the girls had collected already. She said, “Let’s start with Esme.” I began to feel a little uneasy at this point. Why had she not started with Charlotte, she was the eldest? Was it going to be a case of ‘let’s do the good news first?’ She was really pleased with Esme’s progress and was delighted with how well she was doing with her breathing. I felt incredibly proud of Esme but started to feel increasingly anxious about Charlotte. Was there a reason she had brought us in here?

The consultant was so calm and poised. We moved on to Charlotte and she explained further about her NEC. She went on to informing us about the girls most recent routine cranial ultrasound. Both girls were found to have cysts on their brains but they had no obvious abnormalities. My heart began beating harder and faster and I had to struggle to listen to what was coming next. I could feel tears prickling the back of my eyes but fought them back. The consultant clearly and slowly explained that the right side of Charlotte’s brain was fine but the scan showed that she had had a big bleed on her left side. Connor and I broke down in tears. Our poor baby girl, why was she having to go through so much? Why was life being so tough for her? Why did she deserve it? Once I had calmed down and had had time to digest this information, I was able to listen to what else she had to say. The consultant carefully explained that the bleed was likely to affect the movements of her right arm and leg. At this stage we wouldn’t know what damage had been done, only time would tell. Charlotte was likely to need regular physiotherapy and occupational therapy. She might need a frame to walk, she might not. I hated not being able to know the extent of the damage.

I had spent the last two years as a special needs teacher, teaching pupils with severe cerebral palsy. I felt I understood what she was talking about and after recovering a little from the news I had just been given, I was able to ask questions about Charlotte’s development. The consultant made me feel pleased with myself when she said “That is an excellent question.” I felt myself beam like I was back in school. After the previous brain scan my Mum had done some research about bleeds on the brain and that they are graded from 1-4, 4 being the worst. The consultant informed us Charlotte had had a grade 4 bleed. We were distraught.

The consultant left Connor and me in the Family Room. We had so many unanswered questions. Why did this have to happen to our little girl? She’d overcome so much, why did the world have to throw more at her? Would she always find life more of a struggle than Esme? I could no longer cope. I was emotionally exhausted and my ability to stay strong had left me. I struggled to leave that room, to go back into the intensive care unit and see my little girl lying there, fighting for her life. What had I done? What had I done to my baby girl? She didn’t deserve any of this.

Once I’d cried myself through the tissue box, I needed to go and see Charlotte. I couldn’t stay in the room forever. I couldn’t change what had happened, I had to face facts. As I walked through the intensive care doors, I was unable to hold myself together. I rested one arm on the incubator and with the other I held Charlotte’s hand. Tears rolled down the incubator. Charlotte’s nurse came and put a reassuring arm around my shoulders. She advised us to go home and get some rest. She spoke in such a calm tone that I believed every word. She told us Charlotte was doing well and was stable. She had had a good day. When you hear distressing news for the first time it is always hard to take. Tomorrow was a new day.

Instead of driving to my parents’ house Connor and I went to our own home. On our way back, we called in at Tesco to buy some microwave meals. We needed to feel the safety of our home, sit in silence and digest what we had found out. Along with the assurances from our friends and family that Charlotte was going to be just fine, we were in a positive frame of mind. We phoned Connor’s Mum, Claire, who was a speech and language therapist and she was very positive upon hearing about Charlotte’s physical development. She explained what had happened in a clear way. Throughout the summer we had found her advice invaluable. She was good at seeing things from a different angle and interpreting them in a clear way. She knew what to say to keep our hopes up, together we could do this.

As we sat in our garden, on a sunny July evening, we discussed all the things we could do to help Charlotte. One close family friend had messaged me a few days earlier to say when the girls come home, Ben (their chestnut Shetland pony) was all theirs. I excitedly told Connor how Ben would be able to help Charlotte. We were prepared to do anything we could to make sure our little girl had the life she deserved.