I didn’t intend Charlotte to start pre-school until next March, 2019. I wanted to wrap her up in cotton wool for another winter, have another year of allowing her lungs to become stronger and protect her from catching any nasty coughs or colds. I hoped to avoid her being admitted to hospital again this winter.

However, one morning, early September, 2018, I woke up and the thought of being with Charlotte and Archie for another day by myself exhausted me. I couldn’t do it. So at half 8 in the morning, while Charlotte was having her breakfast, I phoned the pre-school to find out where she was on the waiting list. They replied, “She’s pencilled in to start now.” I wasn’t expecting that answer, looked up at Charlotte tucking into her Cheerios and burst into tears. My baby girl! I suddenly wasn’t ready for her to go but knew there was a reason I had phoned. I was to go in the following week to see about her starting.

I was anxious because at the age of twenty six months she wasn’t walking, crawled everywhere and despite her understanding being good, she could only say a few words. I was nervous about what the other kids would think and how they would treat her. I wanted her to be seen, and treated as, the two year old that she was.

I needn’t have had any anxieties. As a parent, it has been one of the best decisions I have made. She absolutely loves it, has not cried once and waves goodbye to me before she is through the door. Kids, being kids, see past what many grown ups consider ‘normal’, or attach a label to, and see Charlotte just as Charlotte, their friend.

She has spent every day since saying her teacher’s and friend’s names. Charlotte now attends school for two full days a week. The pre-school team are incredible and respond to her every need. I hadn’t been aware of how much pressure I was placing on myself to ensure Charlotte did her therapy each day and hearing that it could be done at pre-school, and the progress she has now made, has lifted a heavy weight from my shoulders. 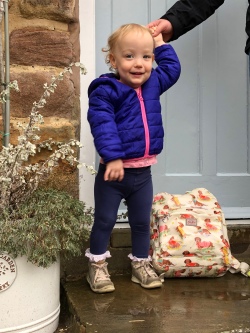 During the time Charlotte is at pre-school, I get quality time with Archie. I thoroughly enjoy these days and it has enabled me to fully experience my maternity leave second time around.

These days have, however raised awareness of my mental health and made me realise how isolated I felt during my maternity leave with Charlotte.

Since becoming pregnant with Archie, he has brought a breath of ‘normality’ to my journey as a mother.

Here are a list of some of my favourite things I love doing with Archie, which I probably wouldn’t have thought twice about if I hadn’t experienced motherhood with a premature, surviving twin:

Maternity leave with Archie made me aware that, even though I have so many fond memories of my maternity leave with Charlotte, I was also very isolated, lonely, scared and coping with the heavy burden of the grief of losing my daughter, and Charlotte’s twin sister, Esme.

Within the first month of Charlotte starting school, my mental health began to deteriorate.

Just when I felt I had got some sort of grip of my life, my anxiety once again thrust in on me.

Sickness returned when Charlotte caught her first cold and cough and was admitted to hospital where she was put back on oxygen for the night. She was diagnosed with a viral-induced wheeze and came home on an inhaler. A week later, Archie caught the same bug and also had to spend an evening in hospital.

I began to live my days swamped by the dreaded fear that I was going to have to watch Charlotte or Archie die and have to plan another funeral for one of my children. I began to become stressed when Connor wouldn’t reply to my messages when he arrived at work and automatically imagined that he had been in a car incident and had died.

By October, 2018, I began to experience anxiety attacks. They would begin with my heart racing, I would get a shortness of breath and then imagine being told that Charlotte and/or Archie were seriously ill and I had to make the decision to end their lives. I would sit on the sofa, cradling my head in my hands, and cry until I found my breath again.

Alongside the anxiety attacks, I experienced significant mood swings throughout the day. One moment I would be fine and the next I became easily annoyed, irritable and upset.

One evening, I was standing in the kitchen watching Connor dance with Charlotte to a song on the radio. I watched her little face laugh with joy, her little hands reach up and wave and the way her eyes smiled with so much happiness. I became lost in love with her all over again. However, I found myself simultaneously desperately hanging on to everything I loved about her in case, just like her sister, they were all taken away from me, and these were my last memories I had of her.

I have so many hopes, so many aspirations for what the future holds for Charlotte and Archie and then I get scared I will never see them grow up, that they will both remain forever young.

As much as it upset and frightened me, I recognised that I was becoming mentally unwell. I hated the thought that my mind wasn’t allowing me to feel happiness and that each time I did I then imagined that it would be all taken away from me. I was left feeling broken, pitiful and low.

I couldn’t work out what was wrong me. I didn’t know who I was becoming nor did I like that person. As each day passed, I felt I was growing more and more distant from the girl, mother and wife I had grown to love. I never really knew if I felt happy or sad as they seemed entwined and quickly flipped from one to the other, my mood was high then low throughout the day, I had difficulty sleeping and frequently woke with anxiety and pins and needles in my hands, I fought with Connor for no apparent reason, my patience with Charlotte felt as if it was becoming depleted and I felt, too, that my energy to truly enjoy Archie was fading.

I couldn’t continue living my life with these thoughts and I booked a doctor‘s appointment. I felt physically sick and frightened at the thought of being mentally unwell, of being depressed, of increasingly not knowing if I was ok, what was happening to me and what kind of person I was becoming.

I found it hard to understand if I was generally unwell and depressed, or suffering from post traumatic stress disorder, or postnatally depressed, or a mixture of everything, or if I was being too harsh on myself and putting too much pressure on myself to be “ok” after everything that I’d been through in the past two years.

The night before my doctor’s appointment, I wrote a list of what I wanted to share. The longer my list became, the more I realised that it was no blinkin’ wonder I needed some help:

I rocked up at the doctors for my 9:10am appointment, looking a bit dishevelled and with Charlotte and Archie in tow. I sat in the waiting room, relieved but shaky that I had made it there, knowing that the next half an hour would start to unfold my need for help with my mental health.

Thank goodness I had brought my list with me as I had to multitask breastfeeding Archie, feeding Charlotte a continuous supply of snacks and sharing with the doctor my confusing thoughts about what on earth was happening to me.

I instantly felt better when we had finished discussing my list and she said, “You know, Amy, a lot of people don’t experience all this in a lifetime, let alone in the space of two years.”

I left the appointment knowing I had made one of the hardest steps on my road to recovery. That week, I followed her advice and self-referred myself through the iApt form online, an Adult Improving Access to Psychological Therapies programme.

I hoped that therapy would help me uncover what was making me feel so mentally unstable.

Where am I at now?

I was lucky and within a few weeks of self referring,  I started my CBT (“cognitive behavioural therapy is a talking therapy that can help you manage your problems by changing the way you think and behave” NHS.) in November, 2018.

It is now February and I have had three months of weekly sessions of CBT. I can honestly say it has transformed my life. Each week I learn something new about myself.

I have generalised anxiety disorder. My mind will often go into over–drive, I experience endless “what if” thoughts and often fear the worst. As a result, I like to plan, do lots of research or seek reassurance, all of which only fuels my anxiety and my intolerance of uncertainty.

After every session, I am given homework. The homework tasks take time and a lot of focus, hard work and determination to keep up with them every day, such as being aware of when I am worrying and realising that I don’t need to.

I can already see the benefit of putting the effort into these tasks and feel mentally stronger each week.

I feel as if the therapy is a jigsaw. Everything that has troubled me for as long as I can remember, or my anxieties since becoming a mother, are all beginning to slot into place. They’re all starting to make sense and through understanding more about worry, the manifestations of intolerance of uncertainty and generalised anxiety disorder, I am able to understand why I have felt the way I have. As soon as I understand the science or explanation of my anxiety, my anxieties and worries begin to evaporate.

The burden of carrying excessive worry has felt like a heavy weight and after many years has finally started to lift.

It’s fascinating, really. I feel I am genuinely learning a “new me” and I love the person I am becoming. 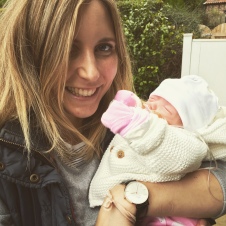 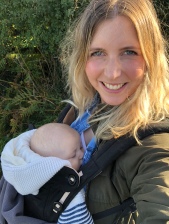 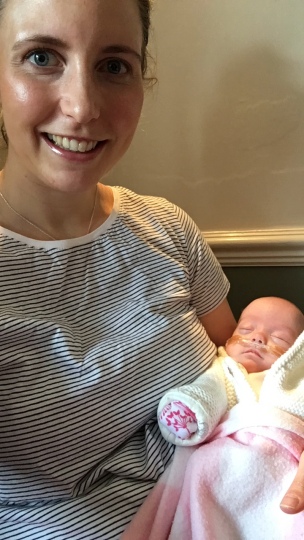